Our family history of farming goes back to 1851, with our Great, Great Grandfather William Marshall.  His son, and our Great Grandfather, Sam Marshall was a successful and well respected farmer at Priory Farm, Puttenham growing a wide range of produce including vegetables for the army in Aldershot and hops until he retired in 1933.  In his retirement he wrote the book ‘Life of a successful farmer’ published in 1952. Sam passed away in 1955, aged 91, and Priory Farm went on to become private residences and commercial units.  His son, and our Grandfather William (Bill) Arthur Marshall successfully farmed at Weydon Hill Farm, Farnham growing hops and other crops.  Weydon Hill Farm was compulsory purchased for housing in 1947 (now known as Weydon) and so the family came to purchase Malthouse Farm in Kingsley in 1951.  With the untimely passing of Bill Marshall in 1966 the farm was sold to satisfy death duties and the farm divided, with our father Peter Marshall gaining employment as farm manager for the new owners of the farm.

From here the Country Market story begins.  With Peter Marshall continuing to farm a remaining smallholding and manage the farm for the new owners, while wife June sets off with her Morris Traveller selling door to door the fresh produce grown on the smallholding. Locally produced items were added to expand the range including eggs, mushrooms and honey. By 1971 the family garage had been converted into the first shop with regular open hours, and Peter went on to secure the purchase of 40 acres of the original farm back to assist with demand for the new shop.

The first poly tunnel was introduced in 1975, which enabled bedding plants to be added to the growing range, as well as the first venture into the new craze that was ‘Pick-your-own.’

In 1978, Paul Meldrum joined Country Market.  Paul is the longest standing member of our team, and has been the dedicated manager of our Plant Nursery and Garden Centre now for over 40 years.

Eldest son Gary Marshall joined the farm in 1981, working alongside Peter, and now manages the farm.

It was when a twist came with the passing of Mr Bentley, the then owner of Malthouse Farm that Peter took on the brave and ambitious 'once in a lifetime' opportunity to repurchase the farm in 1983.

With the additional land the farm operation was able to diversify and tailor crops to the growing demand for the shop.  Peter also continued to grow hops on the farm until the irrecoverable destruction of the hop garden came with the great storm of 1987.  Typically for Peter, undetered by this, Peter saw the opportunity for further diversification and went on to host the first car boot sales on the farm that year.

By the late 80's Country Market had outgrown the original premises and the inspiration came to Peter on a boxing day walk around the farm.  In 1988 he took on the ambitious project to take down a redundant oak framed 19th Century grain barn from Malthouse Farm, relocate it next to the original premises at Osborne Farm and rebuild it as the heart of a new farm centre.  This was to become the Country Market that most know and will fondly remember.

This new farm centre was opened on 11th February 1989, with a small number of local enterprises added, and a year later part of the first floor was converted into the first Carvery Restaurant.

In 1999 the Restaurant was extended to provide full function facilities with combined seating for up to 250 guests - becoming a popular local venue for Christmas parties and weddings. In the same year, Country Market entered the world wide web and the first website was launched.  A sizable extension to the garden centre and further moves in 2006 provided the much needed ability to introduce a broader range of shopping facilities, a new restaurant, a more modern garden centre environment and the introduction of high quality complementary concessions and shopping outlets.

All was well.. until disaster struck in the early hours of 31st March 2010.  An electrical fire broke out during the wet and stormy night, and fanned by high winds, fire tore through the oak framed building and the entire collection of adjoining buildings.  Fortunately no one was injured but the community were shocked by the loss.

Within a few weeks of the fire a determined effort brought together a 'temporary' farm shop, plant centre and small cafe by re-utilising our existing Hop Picking barn.  The nearby Hop Kiln also became utilised for an aquatics centre.  Both our plant nursery and farm carried on growing plants and fresh produce, with a small pick your own operation during the summer months too.  Encouraged by public support, the business continued while taking the lengthy steps towards the redevelopment.

The site of the original shop was cleared for a full archaeological investigation in 2011 that unearthed the near 2,000 year old Roman pottery kilns that had previously laid beneath the footings to the perished building.

Realising that it would not be possible to recreate what was lost, a redevelopment plan was crafted to provide a more modern shopping concept and the most practical sustainable building for the future.  Finally, in July 2013 work started on the construction and a new website launched to host a time lapse construction camera and capture the action live online.  A host of creative projects were also developed and prepared to support the forthcoming launch of the new centre.

Though now in poor health by this time, Peter also took on his own personal project of restoring his T35 Massey Ferguson Tractor, named by him as "Fergy 5". Which now stands proudly within the Farm Shop at Country Market for visiting little farmers to enjoy with their own adventures.

Since then, the new Country Market has developed into a countryside retail experience and popular destination that is now home to 18 fabulous shops, outlets & restaurants including our own garden centre and plant nursery, farm shop and restaurant.

Our father and the pioneering founder of Country Market, Peter Marshall passed away in January 2017 aged 81 but the business remains family owned and managed, and continues to grow a wide range of fresh produce and plants from our 200 acre farm here in Kingsley.

The range of products and services that we offer also continues to grow and develop with over 60,000 products now available in store but we remain focused on providing you with personal service and good customer care.  We are also very pleased to be involved with and support a wide number of community led events and organisations.

Thank you for taking the time to read about us.  We look forward to welcoming you & hope you enjoy your visit. 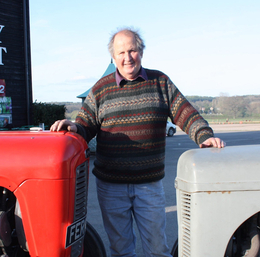 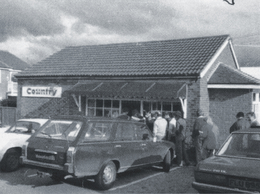 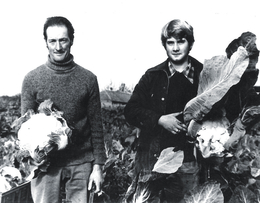 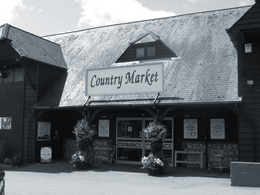 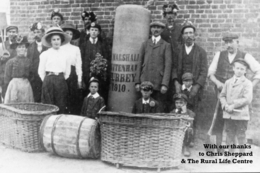 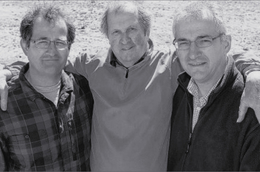 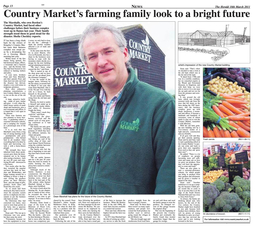 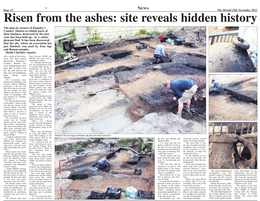 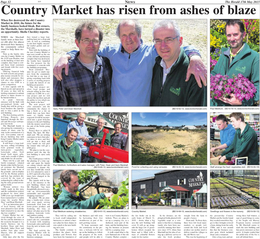 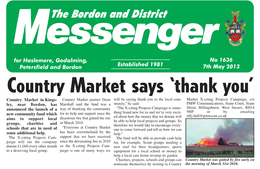